The idea of using physiotherapy and other methods for treatment of CRPS is to try and relieve at least some of the signs and symptoms that are caused by the condition. This involves both Physiotherapy and Occupational Therapy.

Physiotherapy in conjunction with Occupational Therapy (OT), especially in the early stages of the condition, plays an important role in functional restoration of the CRPS limb (Singh, M et al. 2015). It is also suggested by the professionals that physio is used together with other treatments given to patients with CRPS, such as medication, alternative RSD treatments, implanted devices (Daly, A.E. & Bialocerkowski, A.E. 2008).

Following a recent review (Smart, K.M. et al 2016) on physiotherapy for pain and disability for adult patients with CRPS, the authors found that mirror therapy and Graded Motor Imagery or GMI gave meaningful improvements in pain and function for those people suffering with CRPS I.

How To Use Desensitisation Techniques

Using desensitisation techniques as part of your persistent pain or CRPS management routine is something that doctors, pain specialists and physios like you to try, especially in the early stages of your diagnosis and CRPS treatment. Desensitisation is also something that doesn’t involve medication, so it is non-invasive and is an alternative therapy. You can use these techniques as a self management tool. 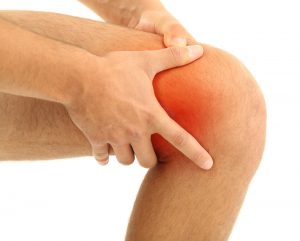 According to Physio-Pedia, in their article on desensitisation, they describe it as: "Desensitization is a treatment technique used to modify how sensitive an area is to particular stimuli. This technique is utilized to decrease, or normalize, the body’s response to particular sensations."

In this article, it goes through how to use desensitisation as part of your chronic pain management regime. It is a technique that it is used to help reduce the hypersensitivity (allodynia) that you are feeling as a result of the Complex Regional Pain Syndrome.

In a CRPS research study, Lewis, J.S. et al (2011) stated that: "Patients are highly protective of the painful region and hypervigilant to any potential threats to their affected limb."

It is because CRPS sufferers don't use and touch their affected limbs that doctors and researchers believe that by doing the desensitisation exercises it will reduce the pain that is felt (Harden 2001).

Lewis, J.S. et al (2007) said of other research that had been done concerning CRPS sufferers not touching their limbs that: "In spite of pain in the CRPS limb, clinical observations show patients pay little attention to, and fail to care for, their affected limb as if it were not part of their body. Literature describes this phenomenon in terms of neurological neglect-like symptoms."

In the same research study, Lewis, J.S. et al. (2007) stated what they actually believe is that: "…body perception disturbance is a more appropriate term than ‘neglect-like’ symptoms to describe this phenomenon."

The RCP Guidelines for CRPS (2018) give some good advice as to how you should do the desensitisation techniques. To start off with they recommend that: "Where possible, feel the sensation on a part of your body not affected by CRPS first, and remember how that normal sensation felt when then applying to the affected area." 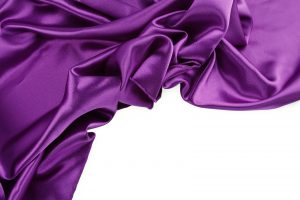