Understanding Complex Regional Pain Syndrome (CRPS) and what it is can help to quickly diagnose the condition, in the hope of a full recovery or a better prognosis. Informing families, friends, carers and patients with detailed information on what CRPS is, can be vital in order to manage the long term condition.

Complex Regional Pain Syndrome (CRPS), is considered to be a multi-system disorder characterised by severe pain; pathological changes of the bones, joints, and skin; excessive sweating; tissue swelling; and hypersensitivity to light touch. It is generally categorised as CRPS Type 1 or CRPS Type 2 (Brence, J. 2014).

CRPS is a painful, debilitating, chronic, sometimes progressive, poorly understood condition that affects approximately 5% of all injuries that occur. However, CRPS doesn’t always progress in everyone to cause severe aggravating pain and other painful symptoms.

Our CRPS information pages can help to provide you with more details about what CRPS is, the different types of CRPS and how the CRPS causes a pain cycle to start.

CRPS occurs when both the nervous system and immune system malfunction as they respond to any tissue damage from trauma. The nerves will misfire, sending constant pain signals to the brain. It will usually occur within one or more areas of the body - typically legs, arms, feet and hands. However, it has been known to be in the face, eyes, internal organs and other parts of the body.

The main signs and symptoms of CRPS are extreme and constant burning or freezing pain that lasts a long time after the incident occurred and is out of proportion to the original injury, swelling (oedema (UK English) / edema (US)), extreme colour and temperature changes, along with others that you can find out more about on our CRPS Signs and Symptoms page.

The level of pain from Complex Regional Pain Syndrome (CRPS) is measured on the McGill Pain Index or Scale and is considered to be the most severe chronic pain condition on that scale.

According to Yaguda, B. et al. (2014), "Complex regional pain syndrome (CRPS) is a chronic, predominantly neuropathic and partly musculoskeletal pain disorder often associated with autonomic disturbances. It is divided into 2 types, reflecting the absence or presence of a nerve injury."

Learn more about the Different Names for CRPS. 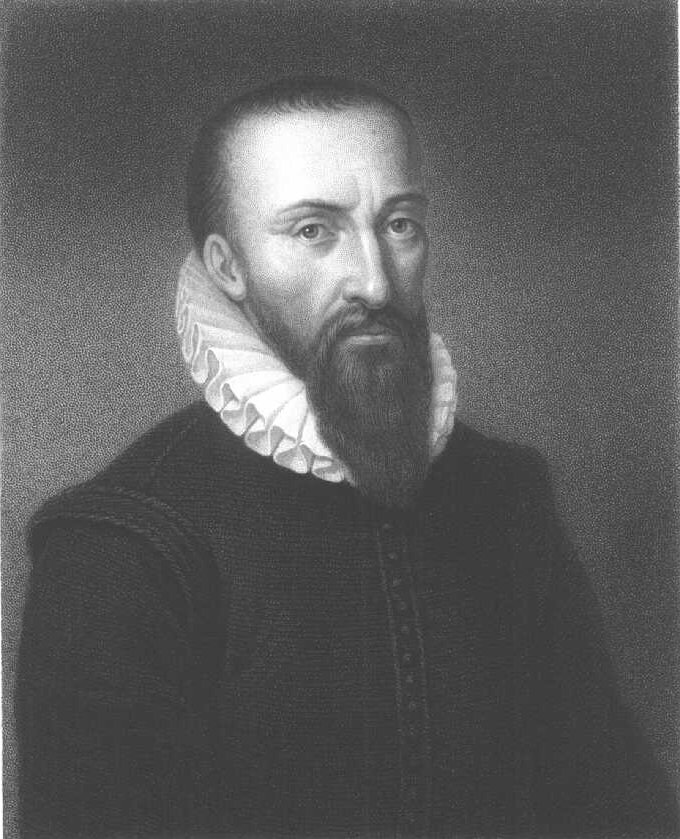 History of CRPS | Ambroise Paré | By William Holl (1807-1871) via Wikimedia Commons
The first known description of Complex Regional Pain Syndrome was back in the mid 16th Century and the era of French King Charles IX of Valois. Following one of the bloodletting sessions on the King by his surgeon, Ambroise Paré, after a bout of smallpox, the King described an extreme burning pain in his arm along with other symptoms which included shortening of his arm muscle, inability to stretch and bend the whole arm. Ambroise Paré was also father of modern surgery. The description by Paré is what we would now be related to the current concept of Complex Regional Pain Syndrome (CRPS). Paré identified also 'Phantom Limb' syndrome, which is another chronic painful condition that we now recognise as Phantom Limb Pain, which may occur after an amputation of a limb.

After this, in the late 1700's, a British surgeon and one of the founders of orthopaedics by the name of Sir Percivall Pott recognised atrophy (weakness) and burning pain in injured extremities.

The first written description of CRPS was made by Dr. Alexander Denmark, a British surgeon who worked at the Royal Navy Hospital in Hampshire. He published a case report who had been wounded by a bullet that had passed through his upper arm. Dr Denmark found that even though the soldier’s wound had healed, the soldier’s forearm was bent and he had a "burning" pain that was so severe the soldier was always sweating. Unfortunately, at the time Dr. Denmark’s accurate clinical case report was ignored until a few decades later other clinical cases of gunshot wounds that occurred in the American Civil War were not ignored. Dr Denmark linked the persistent and burning pain to the involvement of the radial nerve in the gunshot injury of the upper arm. (Denmark A. 1813)

(link no longer working)
History of CRPS | Silas Weir Mitchell | By Unknown. (Images from the History of Medicine (NLM).) [Public domain], via Wikimedia Commons
The next description, by Silas Weir Mitchell MD during the American Civil War (1861-1865), is the one that most academics refer to as the birth of CRPS. Silas Weir Mitchell MD was an American doctor who, during the war, treated soldiers with nervous conditions or injuries and those with gunshot wounds. By the end of the Civil War he had become a neurology specialist. His description of persistent burning pain around 1864, felt by those soldiers whose bullets had been removed a long while ago, was eventually called Causalgia, which is what everyone knows today as Complex Regional Pain Syndrome (CRPS). Mitchell believed that the burning pain was because of an injury to a nerve and in his book from 1872, “Injuries of Nerves and Their Consequences,” he wrote that the pain that the soldiers and veterans felt was "the most terrible of all the tortures which a nerve wound may inflict." Silas Mitchell found that the location of the pain did differ in every patient but that it had mainly concentrated in the hand or the foot.

Dr. Jean-Martin Charcot was the French doctor who began thinking that the condition caused swelling, temperature and colour changes were shown as signs. However, he was also the doctor that began to say that CRPS was a product of our brain’s thinking and suggesting it to us - i.e. psychosomatic, autosuggestion if you like. The neurologist outlined it as hysteria minor and even now there are doctors and specialists that will say that it is a disease or disorder that has been auto-suggested – or even in your head!

One of the other prominent doctors concerned with Complex Regional Pain Syndrome was called Dr. Paul Herman Martin Sudeck, a German doctor who lived 1866-1945. Sudeck was the doctor from whom we get the phrases such as Sudeck's Dystrophy or Sudeck's Atrophy (this was later known as Reflex Sympathetic Dystrophy or RSD), Sudeck's Disease or Sudeck's Syndrome. He first described the condition in around 1900 and discussed the possible cause of over response following an accident that caused an injury, bone break or surgery. Sudeck also said that it was inflammation reply which had various symptoms or signs that included, amongst other things, pain and differing colours. There was also the discussion with the Sudeck's Atrophy of osteoporosis. As you know, these things are all what we use now as indicator signs and symptoms of modern day CRPS. 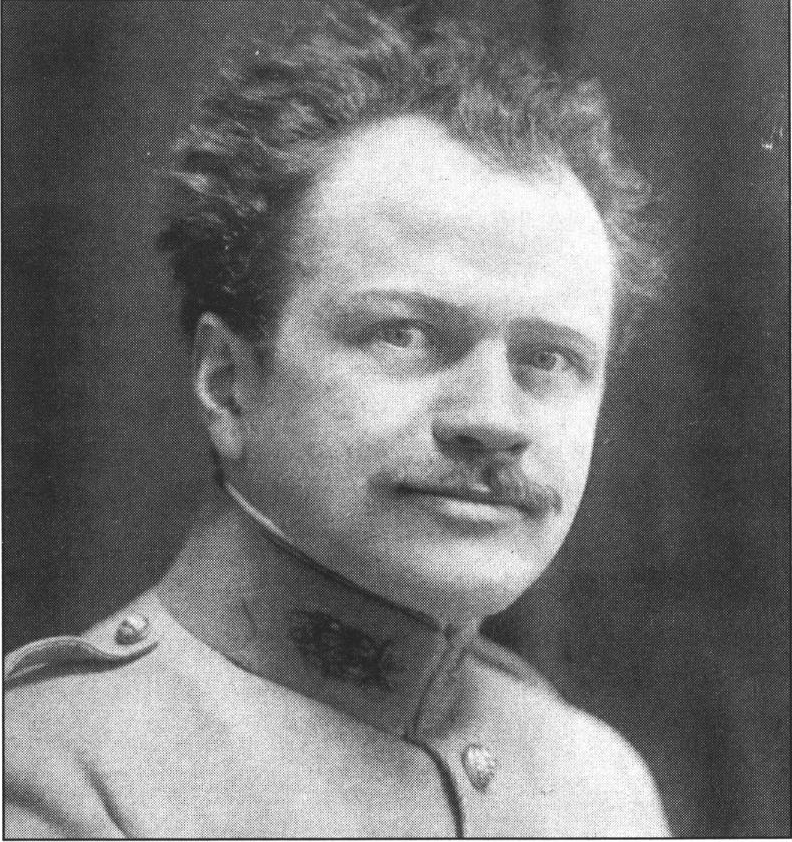 History of CRPS | René Leriche circa 1915 via Commons Wikimedia

Another military surgeon, a Frenchman named Dr. Rene Leriche was known for treating soldiers with nerve damage during World War I. He wrote about what we would know as the characteristics of 'modern' Complex Regional Pain Syndrome. His idea of getting rid or ease the pain was to perform a sympathectomy (this is an operation where the sympathetic nerve is cut mainly to ease the pain) on the soldiers, as he believed this was the successful treatment for CRPS. We would consider this a very last resort now, but then it was very different and little was known at that time. Leriche talked about sweating of the skin, intense burning pain and the mental side of the condition. He was constantly distressed at the constant burning pain the soldiers were having and he wrote the 'Surgery of Pain' ('La Chirugie de la Douleur') in 1937.

Around 1936 there was a German student called Reider,  a pupil of Dr. Sudeck. Reider decided that because of the way the condition travels, the phrase 'Reflex' and because he saw the bone tissues wasting the used the term 'limb dystrophy'.

The next major authority for Complex Regional Pain Syndrome was again another military doctor in and around the time of World War II. William K Livingston MD lived 1879-1966 and his job saw him at a Naval Hospital in USA where he mainly dealt with soldiers who had problems with chronic pain because of damage to their Peripheral Nervous System (PNS). The PNS consists of nerves and any nerve cell clusters (Ganglia) which are outside of the spinal cord and the brain. Its main job is to communicate between the central nervous system and the limbs. Livingston spoke about the pain spreading to other limbs and is also known as the forbearer of the foundation of chronic pain that we actually still use today. Livingston developed Leriche’s theory of the 'Catch-22' or the theory of the vicious circle.

Osteoporosis was again authenticated by another German Doctor, Robert Kienböck, who believed that CRPS osteoporosis was down to not using the limb thereby causing muscle and bone wastage. A variation of CRPS was also deliberated by the Doctor, called Kienböck's Atrophy or Kienböck's Syndrome. This is simply very much like CRPS and it has acute bone wastage.

Over the history of CRPS, there have been many other doctors and surgeons who have added more signs, symptoms and name for the modern day Complex Regional Pain Syndrome. These eminent people included a doctor by the name of Dr. James Evans just after World War II in approximately 1946. He devised the term of Reflex Sympathetic Dystrophy (RSD) and thought that there was contribution of hyperactivity of the sympathetic nervous system. The term RSD was then used right up to the 1993/1994 conference of the International Association of the Study of Pain (IASP) when we finally have what the term is today – Complex Regional Pain Syndrome (CRPS). There was 'Shoulder-hand Syndrome' the brainchild of a doctor named Steinbrocker in around 1947 and a few years later in approximately 1953 he started the use of steroids by mouth or as they medically known 'corticsteroids'. Another doctor was Hannington-Kiff who began to treat CRPS with the intravenous blocks using Guanethidine in around 1974.

To try and diagnose the chronic pain condition and some of its symptoms, various types of methods have been used including the 'Three Phase Nuclear Scans' instigated by a doctor named Frankin Kozin (still used now in CRPS diagnosis in the USA). Nuclear scans also originated in France by a doctor called H. Serre. Temperatures of the limbs of suspected CRPS patients had the thermography assessed by using a reflecting telescope, and then later Dr. R. Lawson produced recordings of temperatures from American soldiers suspected of having the condition during the Korean War.

After all of the different terminology, symptoms and ways of diagnosing the condition, in around 1995, Dr. Judith A. Paice wrote that even though a name for the condition had been decided in the IASP, still after 130 years of discussion nobody would agree to the best way of treating the condition, how it is caused or even what to name it. So, Complex Regional Pain Syndrome or CRPS is the name for the moment, but this may change again in the future.

Did you know there’s been over 200 different names for CRPS? Check out some of the other names for CRPS on the Different Names page!

So, after all of the History of CRPS, the chronic and progressive pain condition – we’re still not really any clearer to understanding the reasons of how it happens, why it happens, or what we can do to treat the symptoms even if we can’t treat the actual chronic pain disorder. We need to try and reduce or even stop the symptoms from progressing using research. Understanding what CRPS is, and the 2 main types of CRPS – CRPS Type 1, CRPS Type 2 and the CRPS sub-type of CRPS-NOS, are integral parts of living with this condition and starts you on the road to acceptance.