Our featured CRPS/RSD story is from a lady in the United States called SHERRI SMITH. Sherri loves to write and she wrote her CRPS story for an online magazine called Feminine Collective and is entitled ‘Why Me? My Life in Pain Coping with CRPS.’ 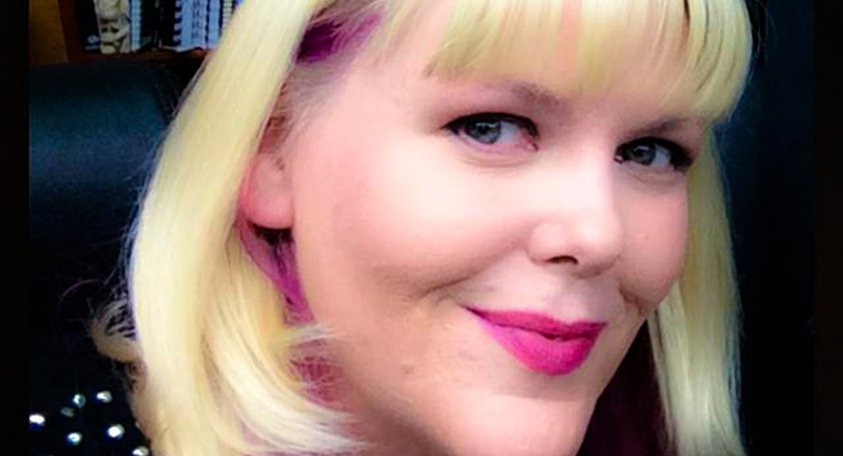 ‘Why Me? My Life in Pain Coping with CRPS’

It was an overcast day that morning. There was a thunderstorm on the way, and I remember it clearly.

I was in the back of the house, gathering up all the laundry. I stopped by the bathroom. With a four-year-old, it was probably the first time I had a moment to even look in the mirror that morning. I pulled my hair into a ponytail and took in my reflection. Something in the back of my head spoke to me.

It asked, “What would I do if I had an accident and hurt myself at home.”

I remember thinking that was a strange thought to have randomly. We had just moved into our new house in Dallas. It was just me, my husband, and our four-year-old son, and we didn’t know a soul. I quickly thought about what my subconscious was asking me and answered to myself, Well, if I was hurt, I would get my son to bring me the phone, call 911 and then call my husband.

I finished with my hair and walked away from the mirror, not thinking much more about it.

I grabbed the rest of my laundry and headed to my son’s room to gather his. That’s when I first heard the lightning. I picked up the basket and took off towards the garage. My son was in the backyard riding his bike with our new little puppy, Indiana.

I made it to the kitchen before the rain started. The lightning in Dallas is unusually fierce. I didn’t want my kiddo out there in it. He was a storm lover like me, and would stand in it and watch it, rather than come into safety. I took off through the kitchen towards the steps to the garage.

There were three very big, very concrete and very high steps – easily four feet off the ground. I leaped at them, aiming to take the first step down and somehow missed them all, landing on both feet at the bottom of the stairs. That’s when I felt the tremor go through me, as my whole body twisted around me as if in slow motion while my feet stayed firmly planted in place.

I remember hearing the bones breaking and thinking to myself that this wasn’t going to be good. Then I began to fall. I looked down, and the new puppy was below me. I didn’t want to fall on her, so I tried to fall around her, and I did, sending my body crashing into the new barbecue in the garage.

Once I gained my bearings, I looked down and knew I was in trouble. The pain in my leg was horrific. One foot was facing the wrong direction, and both of my ankles were swelling up to the size of footballs while I watched. Thankfully, I had the presence of mind not to freak out. I calmly reassured my now terrified son. I kept my cool, and just as I had answered the question for that nagging voice inside my head earlier, I followed those exact instructions. 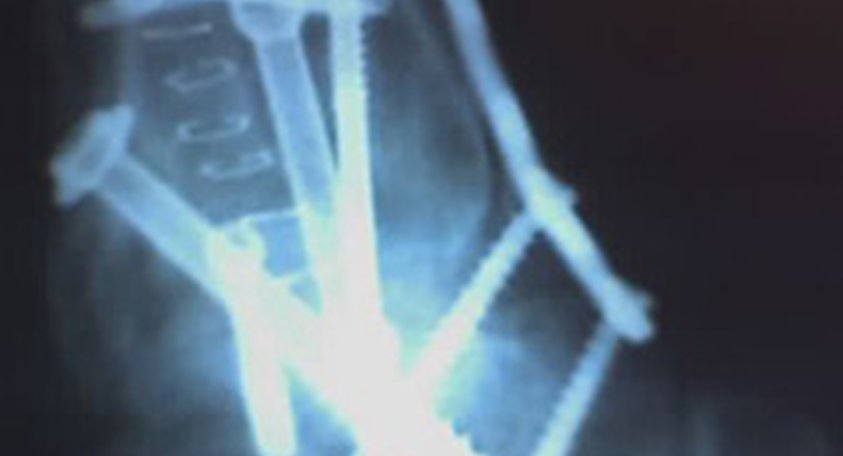 I later found out that I broke my left leg, foot, and ankle, plus seriously sprained my right ankle. It took six months to heal the leg and foot, but my left ankle never recovered correctly, and the pain continued to be excruciating. The doctors decided to leave my left foot in a boot, the kind I wore while it was broken, so I could try to walk on the affected ankle. I saw several doctors, had even more surgeries and still the pain continued. Finally, three years later, still living in pain and still wearing the damn boot, my doctors decided it was best to fuse the ankle. They were certain it would help the non-healing ankle joint and stop the pain. So they proceeded to put rods and pins through my ankle, in an attempt to stabilize it. The surgery worked, the ankle finally healed, but I still was in mind-bending, jaw-dropping daily pain. The doctors couldn’t figure it out. Why, now that my ankle was basically all metal was I still was in pain?

At this point, I was passed around to different doctors. None of them could figure out what the problem was. They could see there was an issue, but couldn’t get the pain to stop. They talked about damaged nerves, some talked about it being in my head, yet they could look at my foot and see it wasn’t right. It had a weird purple color to it, sometimes turning red. It also looked different than my other foot, as if it was someone else’s foot entirely.

I started to feel like it was the enemy as if it had its own agenda and was working against me.

It would be four years later and many more doctors—still wearing a boot—before I was diagnosed with the real problem. I was lucky enough, when we moved to New York, to find a specialist that had worked with cases like mine. I was diagnosed with a rare disease called Complex Regional Pain Syndrome or CRPS as it’s commonly known. Finally, a name for this thing that had been tormenting me.

CRPS is listed on the McGill pain scale as the highest existing chronic pain, more intense than an amputation or even natural childbirth.

Doctors still aren’t sure what causes some people to develop CRPS while others with similar conditions never get it. Doctors do know that more than 90 percent of the diagnosed cases of CRPS are caused by an injury or traumatic event. And get this, if you are a woman you are at least 30% more likely to get it versus a man.

In the United States, there are only 200,000 documented cases, but I feel that’s because most doctors have no idea what it is. Before my diagnosis, most of the doctors I saw didn’t have a clue what was happening with me. They couldn’t understand how my pain could be excruciating one day, then tolerable the next, and a lot of times it felt like the doctors thought I was making up the symptoms. Even today, many CRPS sufferers are having their pain medications cut back because, on their visits, their doctors think they look healthy. CRPS is a chronic disease that never goes away. So if a CRPS sufferer looks okay, that doesn’t mean their pain is gone, it just means they might be having a good hair day.

I have been living with CRPS for twelve years, and yes, I am still wearing that damn boot! For me, every day is a new pain adventure.

Some days it feels like my leg is broken, and the bone is literally sticking out of the side of my leg. Other days, it feels as if the top of my foot is being run over by a steamroller. But the worst is when it feels like it’s being submerged in a fire. I never know which way the pain is going to go, or what roll of the dice my nerves are going to throw me that day. It makes planning my day, my year, hell, even my life incredibly difficult. It’s a living hell, especially for those who haven’t been diagnosed.

Most recently I fell and tore all the ligaments in my left foot. Yes, the very same one that I have CRPS in. The doctor whom I had been too many times and I thought understood my disease, treated me like he had no idea what CRPS was. A normal person who had this type of injury would take 1-2 months for the foot to heal, with CRPS it could be 3-6 months if the pain stops at all. After two months of severe, debilitating pain that left me bedridden, he took me off pain pills and said that’s all he could do to help me. He then proceeded to tell me I could stop wearing the boot now too. The same boot that I have worn for 12+ years. The boot that allows me to tolerate the pain of walking. At first I thought he must have gotten me mixed up with another patient, so I quickly reminded him about my condition.

He then went on to inform me that he couldn’t “enable” me with any more pain medication, but I could always try my luck buying them on the street.

I kid you not, he actually said that. 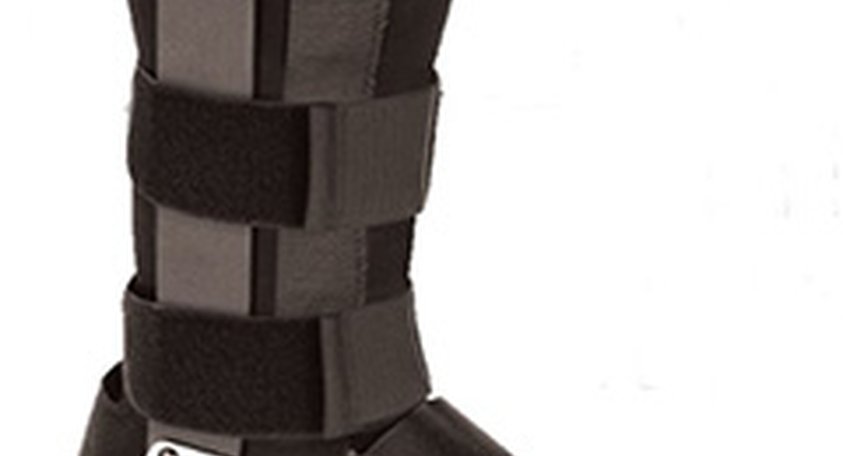 Thankfully, it was at this same time that I came across a convention being held about CRPS. The keynote speaker was from my area.  I tracked him down, called his office. They fit me right in for an appointment, and I haven’t looked back.

Yes, I am still wearing the damn boot, but my pain level is lower than it has ever been, and I don’t have to take hard narcotics. I told my doctor how I felt about Oxycodone and all those types of drugs so he found a solution that doesn’t require me to take anything daily. I just wear a small patch that resembles a Nicoderm patch. It regulates a non-addictive pain medicine and lets me live my life. My pain is never completely gone, but it keeps it at a tolerable level. My goal is to one day get out of this stupid boot. Until then I will just keep smiling and be happy walking, even if it’s in a damn boot.

Written by Sherri A. Smith

Thank you so much Sherri, for sharing your CRPS story with us and our readers. We are so pleased you chose to share it with us to show others that there is light at the end of a very long tunnel and that you can find support and good doctors who can help.

Please make a comment on Sherri’s story below or share her CRPS story on social media. How do you cope with your CRPS? We are still looking for both sufferers and carers who want to share their CRPS journeys on our website. Will you share your CRPS story as Sherri has done? CONTACT US!