This is the 2nd in the series of Research Studies Explained by Dr Rosie Morland. The research study in the spotlight this month is about neurostimulators like the Spinal Cord Stimulators (SCS) used as a treatment for CRPS.

Thank you Dr. Morland for explaining another piece of CRPS research and wanting to help raise awareness for this condition by authoring this series of blogs “Research Studies Explained!”

This month the research being explained is entitled “A Closer Look at Neurostimulators for Chronic Pain.”

A Closer Look At Neurostimulators for Chronic Pain

Burning Nights CRPS Support alerted me to this ‘Implantable Ion Pump Stops Chronic Pain Naturally and at the source” dated 12 May 2015 Med Gadget an  interesting article on a new type of neurostimulator that claims to stop chronic pain… so I thought I’d better check it out! 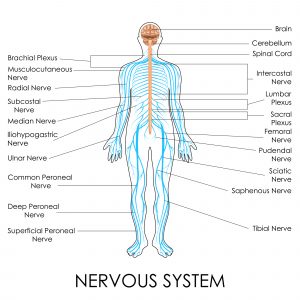 Neurostimulators, also known as implanted pulse generators (IPG) have been around for a while. The first published accounts found as far back as 1952, with clinical studies taking place in the 1970s, although they didn’t become established as a treatment until the 1990s.

Electrical neurostimulators are small, pacemaker-like devices  implanted under the skin. They can target different parts of the nervous system (brain, spinal cord, and vagus nerve), and are used to treat neuropathic pain, in addition to other conditions that affect the nervous system, like Parkinson’s Disease, epilepsy, and migraine. 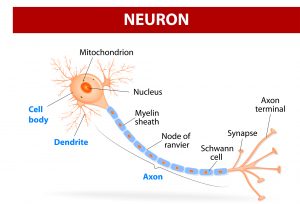 Essentially, a neurostimulator acts as a synthetic neuron by mimicking the way neurons communicate. Signals can be sent using electrical pulses, or using molecules, or neurotransmitters, such as serotonin and GABA. This is the type of communication exploited by this new technique.

Using neurotransmitters to block or change signals being passed between neurons in the spinal cord is better than using electrical stimulation, as allows much more precise control of neurons.

Chronic pain is thought to be associated with over-activity in sensory neurons, so in theory, being able to selectively increase the inhibition of these neurons, could combat this, normalising nerve activity leading to less pain.

So let’s look at the scientific article that sparked this.

The research study was published at the start of May (2015) ‘Therapy using implanted bioelectronics,’ and you can access the full paper yourself if you are interested!

One of the first things I always look at when looking at a research paper is the methods, i.e. What did they do? This can be hidden at the back of an article, but are one of the most important sections in my opinion! As, by looking at what they did, you can get a better understanding of what the results actually mean.

So for this study, my main questions were:

1.     What type of pain model did they use and how translatable is it?

a.     What patients could benefit from this?

a.     How did they measure any reduction in pain?

3.     How does the pump work, and again, is this feasible as a treatment? 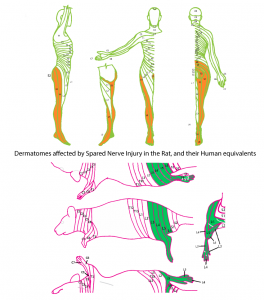 So let’s start with the pain model they used – the spared nerve injury (SNI) model. This model of neuropathic pain is created by damaging 2 of the 3 sciatic nerve branches. It is one of a number of models based on sciatic nerve injury, commonly used because it is a relatively large nerve with easy surgical access due to its location in the upper leg. These models are used to research neuropathic pain (as defined as pain due to injury or dysfunction of the nervous system), and have shown that animals with these injuries are more sensitive to both touch and temperature, signs used by clinicians when diagnosing neuropathic pain conditions such as CRPS. 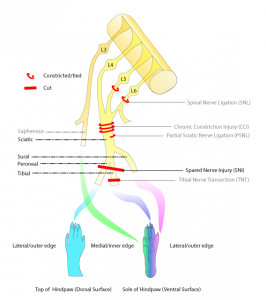 However, these models only incompletely model the situation in patients, and ignore the fact that a chronic pain patient may have other conditions unrelated to the pain. Pain is a complex and personal experience, influenced by many factors. For researchers, working on small pieces of the puzzle at a time is the best way of identifying the important factors. This is also why they used male rats – hormones influence pain, so using male rats makes it easier to identify if a treatment might be effective at an early stage.

In essence, the results of studies using these models can only be applied to patients with a comparable injury, which in this case could be something like injuring your leg in a car crash, and you were relatively healthy before the accident.

OK, so now we know what type of pain they chose to model, what outcomes measures did they use? As I mentioned before, sensitivity to touch and temperature are two signs used to diagnose pain in the clinic, which are also seen in the SNI model.

This study looked only at touch, or tactile hypersensitivity, measured using a graded set of hairs. Each hair is calibrated to give a certain force when pressed against the skin (measured in milliNewtons, mN), and can detect subtle changes in sensitivity. They tested the sensitivity of the rats paw, both before and after surgery, which is a very standard way of testing for pain in animals.

So, onto the neurostimulator itself – it was designed to sit alongside the spinal cord, and had four (4) openings, each corresponding with a spinal nerve affected by damage to the sciatic nerve. 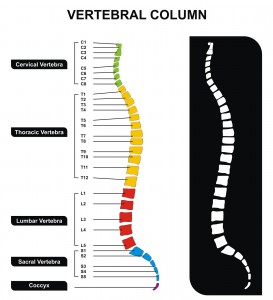 In the rat, these were the lumbar spinal nerves L3-L6, whereas in humans, the affected nerves would be L4-L5, plus the sacral spinal nerve (S1-3).  Each of these openings was used to deliver the inhibitory neurotransmitter mentioned above, GABA, directly to the nerve.

They implanted the neurostimulator into rats who developed hypersensitivity following SNI (2 weeks after the surgery, so at a time point when the signs are well established).

They switched it on for two (2) hours, and looked at whether neurostimulation with GABA reversed the hypersensitivity… and they found that it did! It took just under an hour to kick in, but there was a definite decrease in hypersensitivity, although it didn’t quite reach normal levels of the animals without nerve injury.

So is it any good?? Well, I think it’s very promising research, but I do have some issues with what they did:

1.     They state 70-80% of rats experiences hypersensitivity, while only 20% of patients do… so how applicable is this really?

This isn’t really an issue, as it point applies to most models in pain, but it’s interesting to look at why. The truth is that researchers walk a fine line in pain research – one of the key tenets of animal welfare is to minimise suffering…

How do you square this with studying pain, something which definitely constitutes suffering? Well, you make sure that you are using as few animals as possible, which means using a model that ‘works’ (i.e. produces pain-like signs in animals) more often than not.

If they were to use a model that causes pain 20% of the time, that would mean 80% of the animals would have been subjected to suffering for nothing, which is clearly unacceptable.

2.     They did not have adequate controls

I’m sure most of you are aware why controls are important, but briefly, a control is a healthy group (of animals, patients etc.) who are tested at the same time and are used to show a difference is really present.

In this study, they did use a control group when generating the SNI model (a ‘sham’ group, who had surgery without damaging the nerve), which showed that the nerve damage in the SNI group, and not the act of surgery itself, was responsible for the changes in sensitivity…

Why Wouldn’t This Control Work?

This doesn’t quite work as a control for a number of reasons:

3. They only looked at sensory pain outcomes

Only looking at sensory symptoms (i.e. physical symptoms) gives no insight into the emotional side of pain – I talked about investigating the emotional effects of pain in animals in my last blog, so won’t go into too much detail here. This is an early stage study, and I’d imagine future studies will look more closely at how this treatment affects both the emotional and cognitive aspects of pain.

4.     They missed out lots of key information

This is, unfortunately, a common problem – when researchers write up their work for publication, they have to follow strict length and content guidelines. This means that crucial information can be missed out, such as, in this case, the total number of animals used. They were also unclear over what the controls actually were, which, as I went into above, makes it difficult to understand what they saw.

The verdict? This new type of neurostimulation is a very interesting and potentially powerful new treatment. The study is essentially a ‘proof of concept’, to show there are promising effects worth further investigation.

However, the neurostimulation field is rapidly expanding, with injectable neurostimulators (!) currently in clinical trials, so watch this space!

What is an injectable neurostimulator?

According to the company StimWave who have produced an injectable neurostimulator called the Freedom -4 SCS for chronic pain say on their websitethat:

“The system uses miniaturized circuitry that is small enough to be fully enclosed within the lead body, creating a one-piece stimulator device eliminating the need for an IPG and extension tunneling”

Their Freedom-4 SCS that they supply are only 45m in length and only 1.3mm in diameter which is like the width of a human hair. They did contact Burning Nights CRPS Support to say that their SCS device will be in various hospitals around the world including USA and UK. This is definitely an emerging market and something to look at in the future.

Dr Rosie Morland recently completed a PhD in neuroscience and pain studies from Imperial College, and has a special interest in how animal models can help increase understanding of complex pain disorders. Visit ROSIE’S BLOG  for more details  for more details.

Have you read a research study concerning CRPS/RSD and chronic pain that you would like to understand and learn more about? If so please do get in contact with Burning Nights and Dr Morland will take a look and maybe next time your research study topic may be on closer inspection! 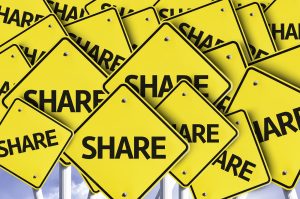 Please do share this article by Dr Morland on social media or your own blog, or you can make a comment just below the article on the Burning Nights CRPS Support website.

Check Out Our Other CRPS & Chronic Pain Articles