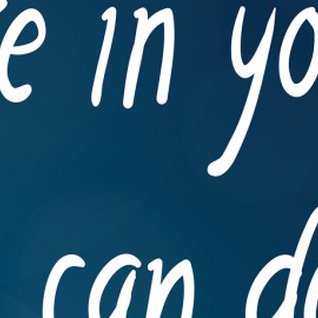 This CRPS journey has been shared by Emma who at just 12 years old had to have a month off school to begin with, then returned.

Thankfully her first secondary school had a lift so it was easy to get about, but sadly the second one didn’t so life got a lot harder when she had to use my crutches.. She managed to do well in her GCSE’s but college got a difficult because of the second injury, yet she managed.

Here is Emma's CRPS journey, that she has called 'A Quite Imperfect Fairytale'.

“A Quite Imperfect Fairytale.

Once upon a time, in April 2005, an awkward, bumbling and clumsy 12 year old girl, far from being a darling princess, was struck down with a cruel mystery illness of the foot. There were no curses upon her, no evil spells, no magic potions and no scary witch-like step-mothers to bring unwell against her.

This illness made her skin burn, the colour change from a splendid regal purple to a raging beetroot red, electrical sparks ignite beneath her skin and it swell like a balloon that would never burst! The illness mystified the doctors of the kingdom, they poked and prodded with all the tools to hand but still too no avail. The young girl was left to suffer in a never-ending state of torment until a answer could be found.

Over 12 months passed before the mystery was solved! Finally, magician like doctors worked tirelessly to solve her problems, and unveiled her trouble to be a little known disease called CRPS (Complex Regional Pain Syndrome). The young girl found this disease familiar to the one she had read in a recent newspaper cut out, except the article called it RSD (Reflex Sympathetic Dystrophy), unbeknownst to her she had held the key to her fate in that cut out.

The doctors tried their best to bring a ceasefire to the pain but with no luck. A week’s long stay in an Orthopaedic hospital for intensive physiotherapy, a plethora of simple medications and numerous bouts of physiotherapy later and her problem still was not made better.

As the awkward, bumbling and clumsy girl grew into a young woman her CRPS by some magic only affected her in bouts then would settle into remission, but things were all to change for the young spinster.

As time grew on, the CRPS rebelled against remission and spread into her right knee and the left foot following another clumbersome fall in November 2010. Sadly, it was not until 2011, when in the grips of a flare up, until the ‘Pain Clinic’ were called in to her rescue.

The years grew on, as did the many treatments the unfortunate girl faced. The list grew long, from physiotherapy to regional barricades, to lidocaine infusions, lumbar sympathectomy, and various medications later we find ourselves in 2014.

The girl, now an adult with a heavy labour job and responsibilities, has been in constant flare since April. The pain is disgusting, smothering almost, and consumes nearly every thought! The urge to cry and scream to while away the hours is crushing! In a last ditch attempt to relieve her pain more medicines were tried but they all failed to be the Fairy Godmother she so desperately needed.

To add to her troubles, her poor right foot has now started to twist in on itself like a watered tree root. Her last remaining hope is to visit Bath and it’s mystical waters, with a look to them being able to wave their magic wand and navigate the way to her Happy Ever After! “

Thank You Emma for sharing your personal CRPS story.