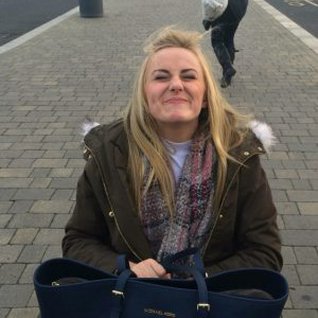 To help and support all those affected by Complex Regional Pain Syndrome (CRPS) we like to share sufferers and carers stories. This time we are sharing the journey of Jessica Vacher who is just 19 years old.

My name is Jessica Vacher and I am 19. It all started when I was just 14 year old. Throughout my school life I was reliably sporty and competitive and used to join in every sporting activity possible – my favourites were Football, Netball and Hockey. On Thursday the 17th of November 2011, myself along with my netball team and 4 other netball teams travelled to Alnwick to play. Throughout the first half of the game I took a shot and as I went in for the re-bound I twisted my ankle and fell really badly. Within seconds I was screaming in pain, only to look and see that I had dislocated my ankle. I was rushed straight to hospital via ambulance. 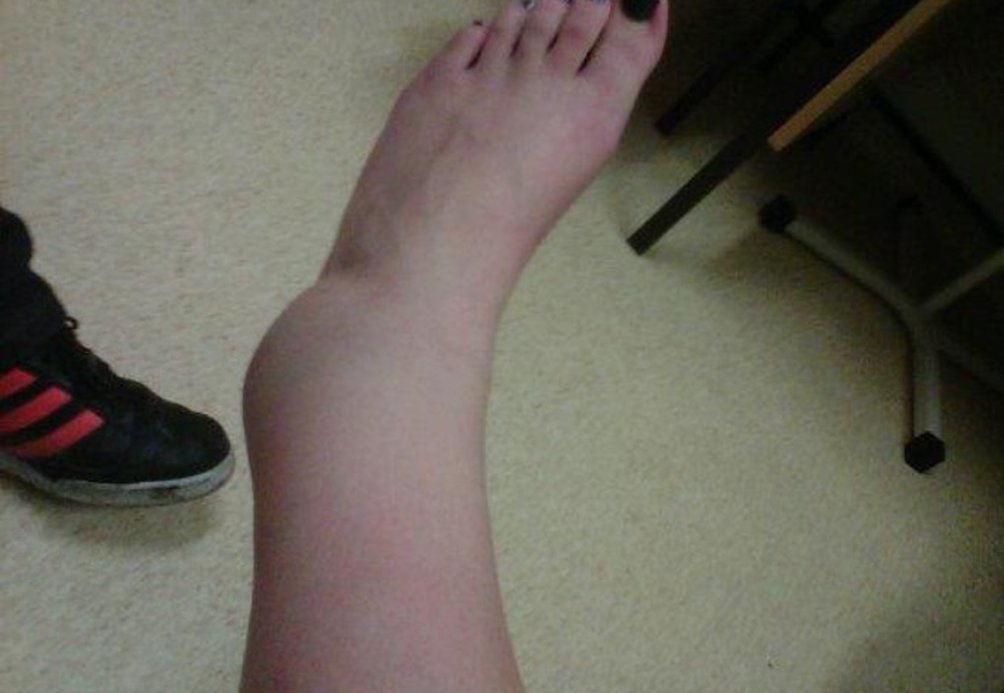 As a 14 year-old-girl who loved sport I was heart-broken knowing that I wasn’t going to be playing sport for 6-8 weeks whilst I was in a cast. Not knowing that this was the end of my sporting days completely.

Once my cast was removed after 6 weeks I was still experiencing a difficult amount of pain, so I returned to see the specialist, who told me that this was because I’d been in plaster for so long and I just needed to “walk it off“. Months had passed and the pain that I was experiencing was still too much. I was then transferred to another hospital where I was informed that I needed a minor operation due to the cartilage in my ankle being too bruised. I didn’t have this operation until 19th November 2012. I was left to deal with the pain for 1 year.

Throughout this procedure, the surgeon removed the cartilage that was damaged and also removed pieces of bone that had chipped off during the injury and were floating around in my ankle joint.

This procedure left me pain free for almost another year. However, in September 2013 when I started college I was walking back to the bus station and my ankle gave way. I could not catch my breath because I was in so much pain. As I eventually got home I showed my father my ankle and I could tell by his face that something was not right. He told me to use my crutches and to not put any weight on it whatsoever. I got an emergency appointment to go back and see my consultant for the next day. One look at my ankle and he informed me that another operation was needed immediately. 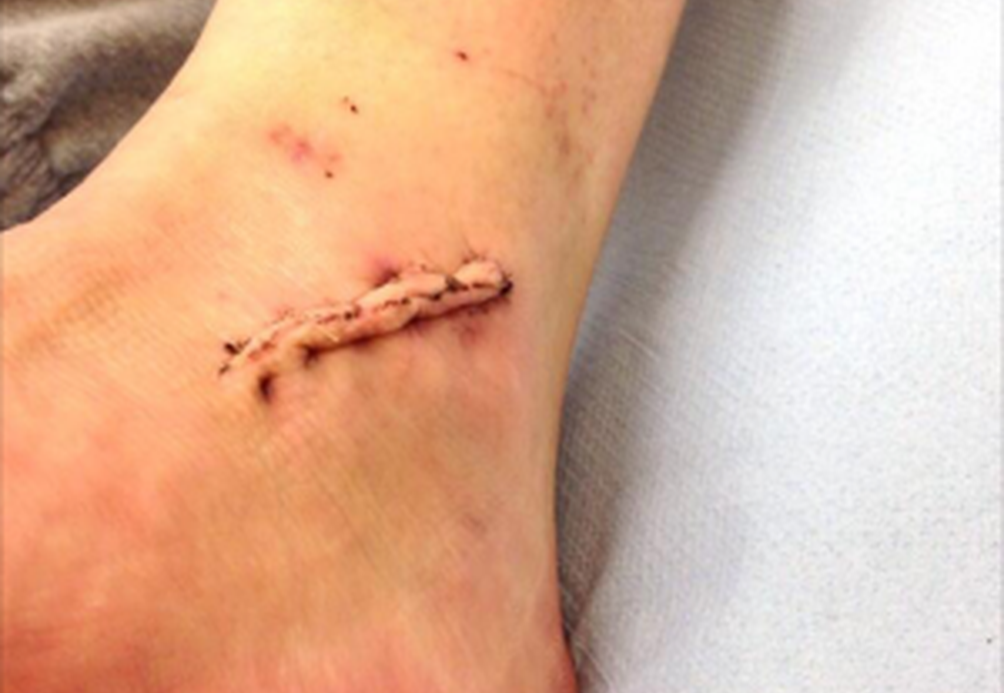 Exactly a week after the appointment I was back in theatre for operation number 2. During this procedure, it was clear to the consultant that I was going to need another operation as my ligaments were badly stretched. He also removed more “floating bone“. I was then in a moon boot until my 3rd operation which took place on 16th November 2013. I was hoping that that would be the end of it all. 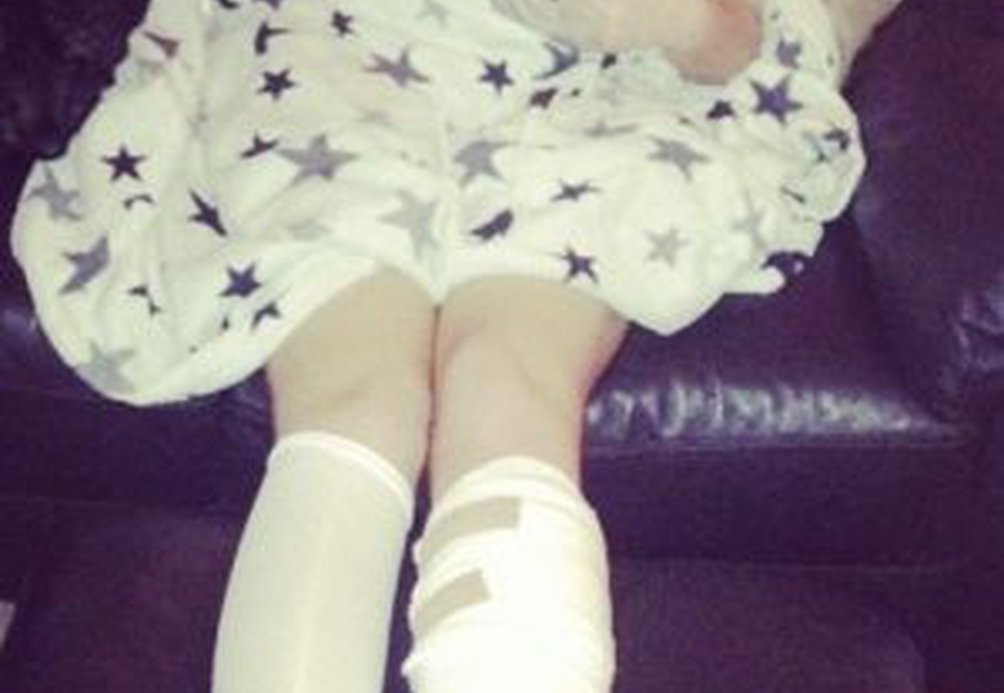 After my ligaments being tightened and being in a cast/moon boot from September 2013 until March 2014, I’d had enough. It was such a relief being able to wear two shoes again! A couple of months passed and I realised that as I was walking my ankle was crunching and making a clicking sound. I returned back to hospital again and I was informed that more surgery was needed to remove damaged scar tissue and cartilage. Operation number 4 took place in August 2014.

After operation number 4 and a number of unsightly scars, I left the hospital with an open wound. I was informed by the nurse that I needed to leave my wound as it was whilst the stitches dissolved. 2 days later I ended up in A&E with cellulitis. This landed me back in a wheelchair for several weeks. 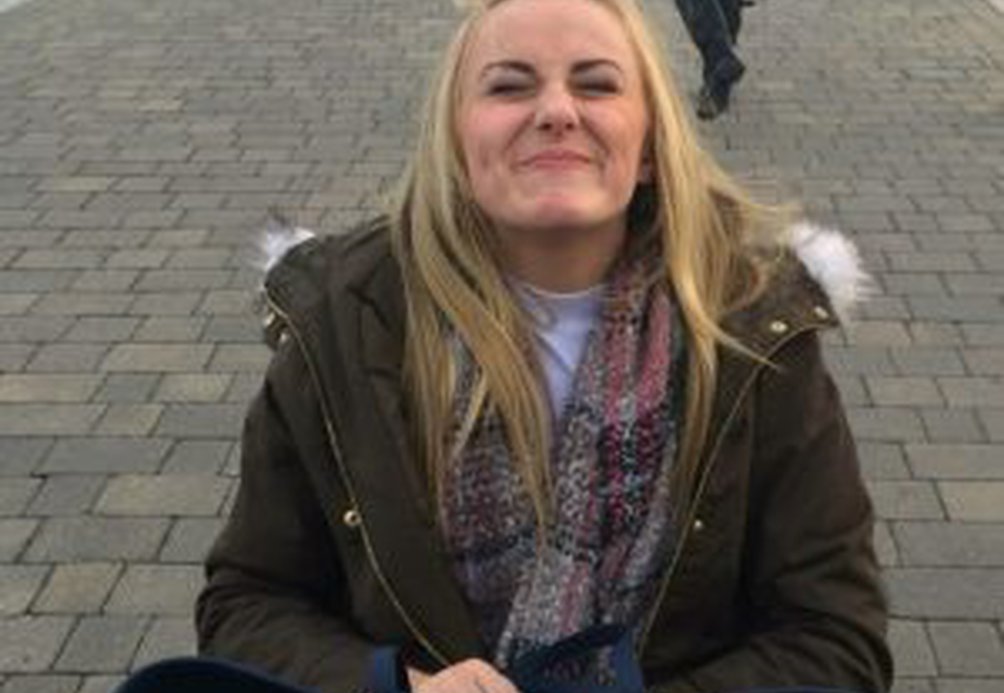 When the wound began to heal I noticed that it was very sensitive and I was getting awful pins and needles in my foot. I was later informed that during my 4th operation the surgeon had cut straight through my nerves.

That was the start to the Complex Regional Pain Syndrome.

I’m now dealing with a horrendous amount of pain from day to day. I’m left taking medication every day that makes me wake up with the feeling like I have a hangover. I can rarely go out with friends due to cancelling for pain reasons or having to leave early due to my ankle swelling too much. I can never wear heals or go on a night out and dance any more. Walking for more than 5 minutes causes a tremendous amount of pain and I can’t remember what it felt like going a day without pain. Sometimes the pain is so bad it makes me physically sick. I just wish it could all go away. 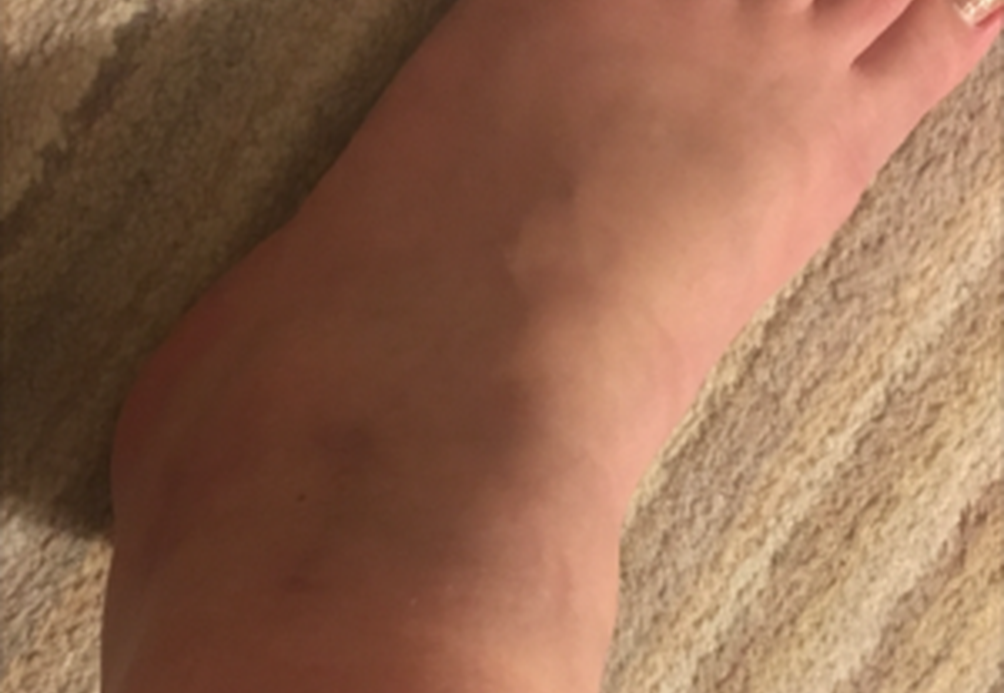 Throughout the past 5 years of going through all of this, I have stopped breathing twice due to being allergic to Morphine. Ended up in A & E 12 times due to having a bad reaction to most of the pain relate they’ve tried me on. It’s like a never ending game and I feel like a Guinea pig. 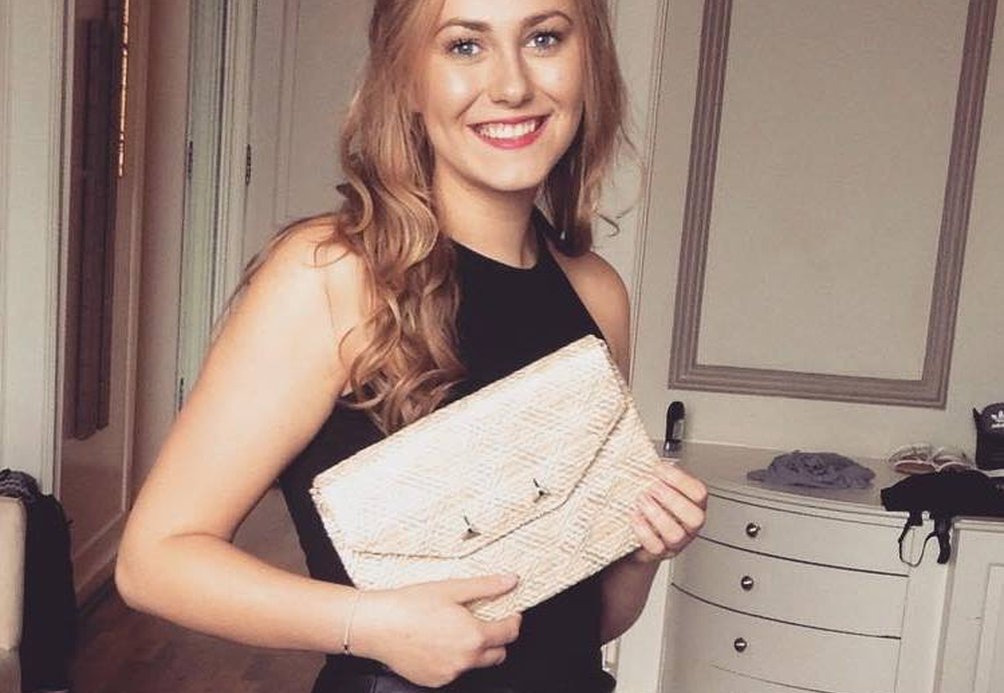 Thank you for reading my story,
Jessica Vacher

Thank you Jessica for taking the time to tell us your CRPS story! Please share Jessica’s CRPS Story on social media so we can get the awareness of Complex Regional Pain Syndrome (CRPS) out there. CRPS awareness is so important and knowing there are other people either in the UK or around the world that have CRPS is important to you as a sufferer or loved one. Remember – You are not on your own, we as a CRPS charity are here to help and support you through your CRPS journey. Why not share Jessica’s CRPS story?!