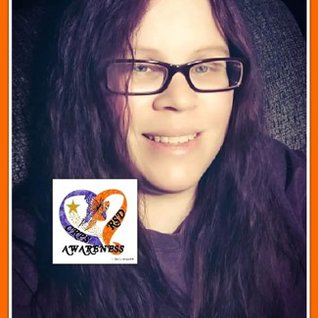 Sharing your personal CRPS story can be helpful on many levels including helping other Complex Regional Pain Syndrome patients realise they are not on their own.

Our next CRPS story is from Stacey who is from the USA. Read Stacey’s CRPS story to learn how she developed the chronic condition in 2016 and how her story evolves.

It was March of 2016 and I was in the middle of a semester of school, working towards what I thought was going to be a nursing degree. I was holding on to a 3.8 grade point average, making the Dean’s list every single semester. I was so proud of my accomplishments, not just because I was doing well in school, but because I am a mom. A mom of three. Everyone told me I couldn’t do it; attend school, work, and manage a household full of three young kids. But I was doing it, and doing it well. And then it happened.

I slipped off my porch one night. I fell off the steps and my face hit the pavement so hard I couldn’t move. My wrist took the brunt of the fall. My husband helped me back up to my feet and I began to panic. He rushed me to the ER and I was taken to get X-rays. My wrist was broken. 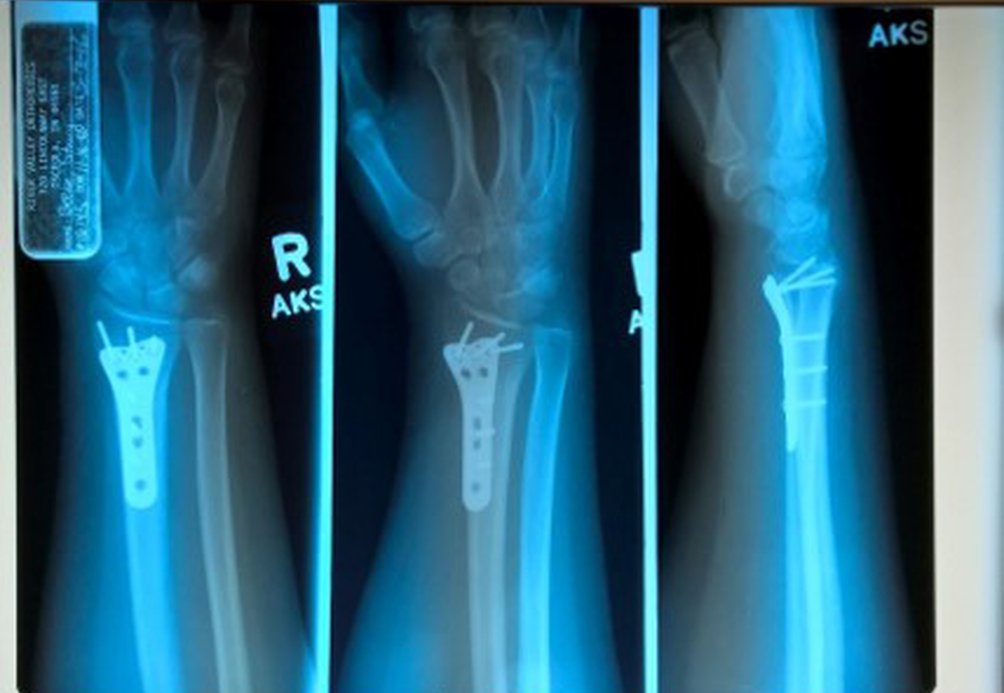 I eventually was told I needed a plate and screws to hold my wrist together in order for it to heal properly. I figured that my wrist would heal and my life would go back to normal again. That is what is supposed to happen. But it didn’t. I woke up from surgery in so much pain I was screaming. The anesthesiologist immediately gave me a nerve block and numbed my arm. I thought that the pain would subside as the nerve block wore off, and the pain medicine kicked in, but that was not the case.

As life went on, my hand and wrist swelled up, the pain got worse and worse, and eventually I was diagnosed with Complex Regional Pain Syndrome. I had never heard of such a disease, so of course I began researching as much as I could…and what I found was awful. NO CURE. Those were the words that kept repeating in my mind.

I saw specialist after specialist, I began occupational therapy, and I had nerve blocks to attempt to treat my arm. Nothing seemed to work. I finished out my semester of school and decided to put it on hold for a while. Besides, how could I function as a nurse with only one working arm? And the amount of doctors’ appointments didn’t allow for any extra time to do school work.

I felt like a failure…not just for me…but for my kids. I wanted so badly to graduate and walk across that stage for them. But CRPS took that away from me. It took so much away…nursing, time, energy…people don’t understand the pain that it causes. This disease affects every single aspect of our lives. Our family, our friends…every single decision we make is affected in some way by CRPS. 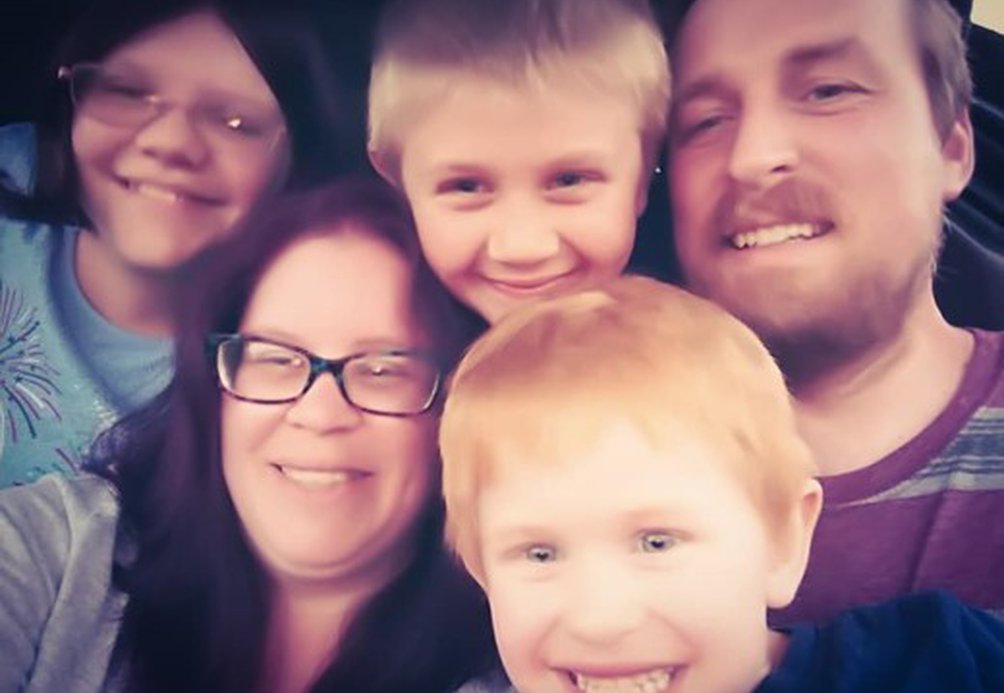 We have to make arrangements based on our pain levels or our doctor appointments or our medications or our mental state. CRPS causes depression and anxiety. It is a horrible disease that practically no doctor or nurse seems to know about. Every time I go get my blood drawn or visit the urgent care I have to explain what CRPS is.

As awful as a disease CRPS is, one would think that it would be more recognized and acknowledged in the medical field. But instead, I have to explain and translate and describe CRPS in detail to every single medical representative I come in contact with, including the eye doctor, dentist, and so on.

So as treatments failed, my hope and expectations dwindled. I eventually ended up with a spinal cord stimulator. It was hopeful in the beginning. My pain level was lower. I thought that my life was going to start to normalize a little bit. So I began working again. I was working as a mental health technician and enjoyed the job very much. I worked the night shift and sometimes situations got out of hand. The patients would become out of control and the staff would have to try and contain them.

During one of these episodes, I was slammed against a wall pretty hard. I was hit directly in my arm…yes…my CRPS arm…and my back hit the wall. I filled out the necessary paperwork, and went home.

I eventually saw a worker’s comp doctor, who dismissed my CRPS completely. The employer forced me to resign, due to the fact that I would not return to work until I saw my own pain doctor. They did not see this to be significant or critical to my employment, therefore, my resignation was enforced. I was heartbroken.

I lost my job, and there was something else that was terribly wrong. My stimulator wasn’t working quite right anymore. I saw my pain doctor soon after the incident and he ordered x-rays of my stimulator, and in fact, it had moved down significantly. So now, not only did I lose my job, but now I had another surgery in my future to fix the stimulator that the woman had knocked out of place. GREAT. 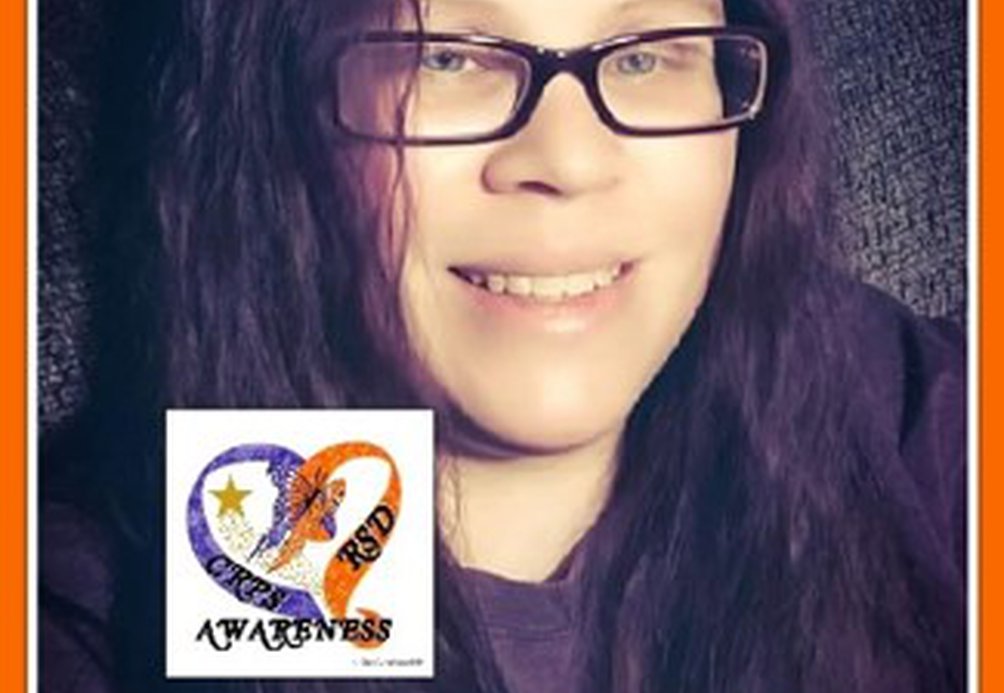 A few months down the line…I get the surgery. Had to replace my lead completely and the doctor decided to put two leads in this time, just for safe measure. I was excited to finally have pain relief once again. My kids, now ages 11, 7, and 4, were so helpful during my recovery. I was so proud of them and how they stepped up to help me. I had to wait a little over a week for the doctor to turn on the stimulator. Once on, I noticed that it wasn’t covering my entire arm.

The representative for the stimulator kept trying to reprogram it, over and over again. Time and time again, we tried. Then, the rep looked at the x-ray. He spoke with the doctor. They confirmed that the right lead was not placed up high enough to get coverage of my entire arm. So basically, no amount of reprogramming would ever do the trick. I was, and am, beyond upset and I am now in a position where I have only a couple of options left. I can get another surgery where they place a paddle in and I can get another stimulator. Or I can get another pain doctor and get another opinion. Those are my options at this point in time.

Complex Regional Pain Syndrome has changed my life in so many ways. It has taken so many things from me. But CRPS has also given me so many things. It has given me strength and courage, it has given me friends and strengthened my family in more ways than one and importantly, it has made me who I am today. So even though I hate CRPS with a passion, I am also extremely passionate about CRPS awareness.

Thank You so much Stacey for sharing your CRPS story. Your story will be of help to other Complex Regional Pain Syndrome patients around the world, to help them realise they are not on their own.

We are looking to share more CRPS stories whether you are a CRPS patient or a family member of loved one. If you would like to share your CRPS story, either as a blog article or a shorter version for our Instagram feed, visit Share Your Personal CRPS Stories for more information about how to share your story.

November is CRPS awareness month and we are looking for more CRPS stories to share with you on our website, to show that you’re not alone either living with this horrific chronic condition or that you live or love someone with CRPS. 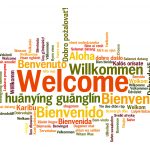